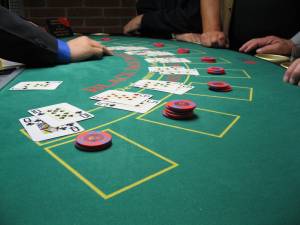 Classic blackjack is the name given by live and online casinos for the most traditional version of twenty-one played. Some people call this version of 21 either “traditional blackjack” or simply “blackjack”. This is the most popular of the 21 variations and the version most people grew up playing. The many casino rules offered for players mean the classic game has quite different odds from one table to the next, so this article will focus on those rules, along with how they affect the odds.

Like so many forms of gambling, the Devil is in the details. It pays to know how the rules affect probability, so I’ll try to include those statistics when it doesn’t bog down the discussion. 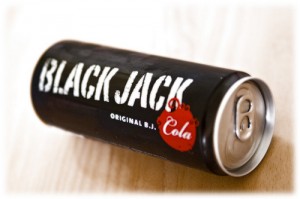 Another Kind of Classic Blackjack, but without the Cards

The basic game is played with a standard poker deck. In most cases, classic blackjack is played with a multi-deck, but the range is anywhere from a single deck up to 8. Common variants include 2-deck, 4-deck, 5-deck, and 6-deck games. If all other rules are the same, then increasing the number of decks in the shoe increases the house edge, since players won’t be able to make decisions based on the cards already seen. Remember that all other rules often aren’t the same, so a single-deck version of blackjack might not necessarily be better than a six-deck or eight-deck version.

In a live setting, the blackjack table will have between 1 and 7 players playing at any given time. In an online setting, you can choose multi-player games or play at your own private table.

In classic 21, two cards are dealt to the player and two cards are dealt to the dealer. One of the dealer’s cards is face down, while the other is face up. The hand which matches or gets closest to 21 without going over is the winner. After the initial deal, the player can ask for additional cards, which is called “hitting”. If the player opts to have no more cards dealt, this is called “standing”. Knowing when to hit or stand is where most of basic strategy lies, though other rules complicate matters a bit.

Casinos have rules which dictate when the dealer stands or hits, as well. One common rule is to have the dealer hit on a soft 16 and stand on a soft 17, though you’ll find games which change the dealer rules. The terms “soft” and “hard” refer to whether the hand has an ace in it or not. The ace can be a “1” or an “11”, so if a person holds an A-6 and hits, they can’t bust. For instance, if you were dealt a 5, then you would have 11-6-5 for a total of “22”, but this can change to a 1-6-5 for a total of “12”. Since this can happen, the hand is considered soft. A hard 17 would be a 10-7, in which a 5 would definitely be a bust. Games in which the dealer has the additional flexibility of hitting on a soft 17 have a higher house edge, which is bad for you. This rule affects the odds 0.22%, so it’s an important rule to spot when approaching a new table.

The most important rules variations is how much the natural blackjack pays. “Blackjack” is the term for a hand which equals 21, specifically one which equals 21 with only two cards. This is called the “natural”, and is only accomplished when you receive an ace-10 on the deal. In classic 21, you won’t lose when you receive the ace-ten hand, though you might have a push.

Good games of blackjack pay out 3-to-2 on blackjacks. So if you bet $10 and received a two-card 21, you would win $15 instead of the usual $10 for any other winning hand. Some tables have blackjacks pay out at 6:5, 7:5, or even 1:1. Avoid these like the plague, because this shifts the house edges significantly. The 6:5 rule shift the odds against you 0.45% (twice that of the soft 17 rule), while the 7:5 rule represents a 1.39% probability against you (compared to 3:2 payouts). In the case of the 1:1 payout on a natural, the house edge increases by 2.27%. You’ll often see single-deck blackjack with one of these lesser payouts, which offers worse odds than the standard multi-deck game, in many cases.

That isn’t to say deck size isn’t important. Many players seek out single-deck games because they think it’s the best bargain in the casino. Even those who know this isn’t always the case might prefer cards dealt from a dealer’s hands and not the shoe. Card counters seek these games, because having a few cards go out of the deck tell them a lot about the remaining deck composition (thus shifting the odds in their favor, based on bet sizes). Every deck added increases the house edge. Single deck play increases your odds by 0.48% over 8-deck games.

Surrender rules allow a player to bow out of an unfavorable hand at the cost of half their bet. In certain cases where the odds are heavily against you, it makes sense to surrender. If you wagered $10, you would surrender and lose only $5. Many novices surrender too much, so study basic strategy before playing too often.

Insurance is a common rule, but it’s also sucker bet for most players. Insurance is offered as a way of hedging one’s bets when the dealer’s upcard is showing the possibility of a natural. Essentially, you make a 1:1 side bet on the dealer receiving a blackjack, which mitigates your loss in this event. The problem is, the bet only pays 1:1, but the chances of hitting a blackjack are only roughly 30%. If those odds were 50% or greater, it would make sense, but since they aren’t, it’s a sucker bet. Only in rare cases when you’re counting cards and know the odds have shifted heavily in the favor of a dealer blackjack would this bet be a good one. For any beginning players, never take insurance.

When you receive two of the same card, you can split those cards to make two hands. In this case, you would make a second, equal-sized bet on the second hand. Casinos often have rules which restrict when you can split pairs. For instance, many casinos only allow players to split hands twice (or create 3 hands), while others might allow up to three splits (for 4 hands). Others might only deal one additional card per hand when you split aces.

Classic blackjack also allows the doubling of bets in certain instances. If you receive a particularly favorable hand, you might choose to double the bet. Once again, rules might exist which restrict your doubling opportunities. For instance, some casinos only allows doubled bets on a 9, 10, or 11. Others restrict doubled bets after splitting a pair. In all cases, each of these rules shift the odds in your favor or the casino’s favor, so it pays to know the implications to the expected return of each rule.

Blackjack is a game with a strategy component. By learning the basic strategy for classic 21, you’ll be able to make optimal plays on each hand. This won’t assure a victory and it won’t weight the odds in your favor, but it helps reduce the house edge to under 1/2 of 1%, in many cases. This makes blackjack one of the best games in the casino.

One way to look at a casino game is by calculating how much money you can expect to lose per hour when you’re playing that game. This is easily calculated–you multiply the amount you’re betting by the number of bets you make per hour, and you multiply that by the house edge.

In blackjack, if you’re playing 100 hands per hour for $100 per hand, you’re putting $10,000 per hour into action. If the house edge is only 0.5%, your expected loss per hour is only $50. That sounds like a lot, but if you compare it with how much you’d lose if you ignored basic strategy, it’s significant. A player who just “plays her hunches” at the blackjack table gives the house an extra 2% to 4% in expectation. In the above example, that means spending an additional $200 to $400 per hour.

Players who want an edge over the house need to learn card counting. Counting cards is legal, though casinos can refuse your business, if they catch you doing it. While the math behind counting cards is not difficult, the real trick is to count cards in a casino without appearing to do so. The only way this technique is effective is to vary your bets when the odds are in your favor, but the casino staff notices these variations, so you have to pretend like you’re a high roller who doesn’t know what you’re doing. Again, this is a method only veteran blackjack players should use. Sites like BlackjackApprenticeship.com offer classes on blackjack strategy and how to count cards, but they also include free resources like the charts and tables I linked to.

If that sounds too involved for your tastes, then simply study a basic strategy chart (or take one with you). This lowers the house edge as low as possible. Sometimes, the house edge is lower than 0.50%, which makes classic 21 one of the best values in any casino.

Classic blackjack should be the first game most players learn. Once you master this version of twenty-one, you can start to try games like double exposure, switch, pontoon, and Spanish 21.