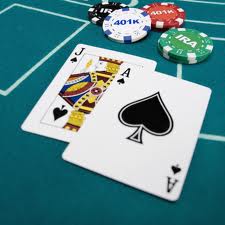 Double Exposure is a game which allows players to see both of the dealer’s cards. In an industry where knowledge is money, this extra information gives a gambler a decided advantage in playing hands. To offset this advantage, several rules in double exposure which deviate from classic blackjack favor the casino. In this article, I’ll discuss what these rules are and how they’ll affect the outcome of the game. Besides providing an explanation of the rules, I’ll also provide a short guide on double exposure blackjack strategy and tips.

Most online casinos offer their own version of double exposure, though you might have to search to find it. Online casinos sometimes list this game as “face-up blackjack”, so those interested should note that when searching for real money twenty-one on the Internet. Land-based casinos sometimes refer to this game as “Dealer Disclosure”, so if you see that term, you’ll know the game.

The standard deck size in double exposure is 8 decks. This should be an indication that the rules in this twenty-one variant are tweaked to increase the house edge, because it’s a big advantage to be able to see both of the casino’s cards.

Both of the dealer’s cards will be exposed in this game, so players know exactly the odds they face. To offset this, blackjacks pay even money (1:1) instead of the usual 3:2 payout. Also, the dealer wins on all ties, except when you receive a natural blackjack. Depending on the gaming hall, the dealer might stand on a soft 17 or hit on a soft 17.

In some venues, tied blackjacks goes to the player, while in others they are a push. This is an important rule, because natural twenty-one hands which are instant wins give you an automatic winning hand with no risk. In games where you have to make a choice, you’ll sometimes choose incorrectly.

The usual splitting rule in most locations allows the player to split only once. Players are not allowed to double after a split in most places. Some establishments don’t allow players to split like unlike 10’s. In other words, the ten-card, jack, queen, and king are treated as if they are different cards, so you couldn’t split a 10-king or jack-queen. You would need a 10-10, jack-jack, queen-queen, or king-king to split.

Those wanting to play online double exposure can find the game on most of the Microgaming, Playtech, Cryptologic, Net Entertainment, and IGT casinos. Americans who want to play the game will find the option on the RTG sites, though under a different name. Since this is a game many online blackjack players seek out, I want to discuss a couple of different variations of the game on the Internet.

Microgaming is the leading software provider for online casinos, powering over 250 various gambling websites worldwide. Microgaming doesn’t accept US players (and gamblers from a handful of other countries), but otherwise is used by gambling operators around the globe. 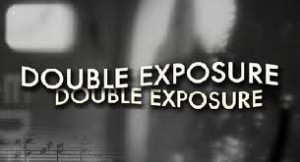 Play Double Exposure Blackjack And You Just Might Double Your Money

Double exposure on Microgaming sites uses 8 decks, with the dealer winning on all ties except a natural or two-card blackjack. This blackjack pays 1:1 odds, instead of the usual 3:2 payout on most other forms of 21. In fact, the payout schedule is easy to remember, because all wins pay out at 1 to 1. The dealer hits on a soft 17, while the dealer gets relatively advantageous splitting and doubling rules.

The player is allowed to resplit up to 4 hands, while you can double after splitting cards. The double is only allowed on a hard 9 through hard 11. If you split aces, you’ll only receive one additional card per hand. In this version of the game, the house edge is at 0.69%, so gamblers can expect to win back $99.31 of every $100 they wager.

In the RealTime Gaming casinos, this game is referred to as “Face Up 21”. The rules are just the same, but RTG felt the need to distinguish itself from Microgaming and Playtech with their own brand name. For American players wondering about RTG, this software company was started in Atlanta, Georgia in the late 1990s. When the UIGEA act was passed in 2006, the owners of Real Time Gaming chose to sell to Hastings Limited, a gaming company out of the Netherlands Antilles island of Curacao. Hastings Ltd moved the headquarters to Heredia, a small town about six miles outside the capital of Costa Rica.

Since the biggest casino software companies left the US market in 2006 and 2007, fearing repercussions of the UIGEA, RealTime Gaming has become the biggest supplier of software to casinos which accept US players. RTG’s most famous client is Bovada (Bodog), which has used their software for many years now. The company is safely out of American jurisdiction, so it faces no danger of being prosecuted for accepting American gamblers.

Card players searching for a new challenge will find solid entertainment with double exposure blackjack. The odds aren’t as good as traditional blackjack with good rules, but the expected return is still competitive with most other games you’ll play. The few dollars you lose per hour switching to this game is worth the entertainment value, especially because the odds on double exposure tend to be more standard from table to table. When playing classic 21, you’ll find a wide variation of the rules, so those unfamiliar with these games might find themselves facing worse odds than expected. It’s easy to play at a single-deck classic blackjack table and face odds worse than 0.69%, because the other rules are bad. As always when gambling, knowledge of the game pays, if nothing else by knowing which games to avoid.

When studying basic strategy, remember to learn the specific rules for this game–not standard blackjack. One reason casinos can offer such good odds is the fact most players never attain optimal play, so the effective house edge is much higher than 0.69%. If you attain something close to optimal play, double exposure 21 is one of the best games in the casino.