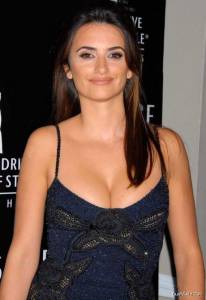 Spanish 21 is a common form of blackjack played in many of the larger casinos. You’ll find the game played all over the world, though it originated in European casinos. Most gambling establishments in the United States didn’t offer the game until 1995 or later. If you live in Australia, you’ll know a quite similar game under the name Australian pontoon. Most online casinos offer the game, while the big software companies like Microgaming, Playtech, IGT, and RealTime Gaming have their own versions of the game. Like all other forms of twenty-one, you hope to build a hand of two or more cards without the cards going over 21. The closest hand to twenty-one is the winner.

While Spanish 21 may not have been the original version of the game, it was the first recorded form of blackjack. In Miguel de Cervantes’s Exemplary Novels, which was published in 1613, a game called ventiuno (Spanish for “21”) is mentioned. The reference is in the short story Rinconete y Cortadillo, which tells the story of a game of card cheats. In the game described, the object is to build a hand equaling twenty-one, but without going over. All 10-cards are taken out of the deck. As a rough sketch, this describes the distinct rules of Spanish 21. It’s unknown how closely this variation resembles the 21st century version of the game, but Spanish 21 has been popular for at least 400 years.

In most casinos, you’ll find the game deck used includes 4 to 6 decks placed together. Instead of the 52 cards most gamblers are used to, the Spanish deck rules are used. The tens are taken out, which leaves a 48-card deck. Jacks, queens, and kings remain.

The most distinctive rule in Spanish 21 is the “super bonus”. Anytime a player receives a twenty-one with a suited 7-7-7 against a dealer 7, a large bonus is won by the player. If you wagered $25 or less, you’ll receive a $1,000 bonus. If you wagered $25 or more, then you’ll receive a $5,000 bonus. This isn’t the only advantageous chance for special twenty-one payouts.

No Push on Twenty-One

If you receive any other 21, you always win. No pushes exist when you get a blackjack, because ties are won by the player. This is a major advantage for gamblers, though you’ll see later that the various advantages in this game variant are negated by the disadvantage posed by the Spanish deck.

Insurance pays 2 to 1 and is offered on this game. As with most forms of twenty-one, insurance is a sucker bet. In Spanish 21, the house edge when taking insurance is 24.7%, making insurance one of the most inadvisable bets in the entire casino. Unless you are a card counter and the count is heavily in your favor, never take insurance.

The dealer receives a hole card, much like classic blackjack. In most casinos, house rules require the dealer to hit on a 16 and stand on 17. In most cases, the dealer hits on the soft 17.

Late surrender rules are used most often. This means the player can surrender before asking for a hit or stand, if the dealer doesn’t receive a blackjack when the second card is dealt. When a player surrenders, they lose half their wager and have no chance to win the pot. This is used when the player believes he or she has less than 50% chance of winning. A player also may surrender after doubling down. When this happens, it’s often call forfeit, concede, or double-down rescue. In this case, the original bet is lost, but the doubled part is returned to the player. 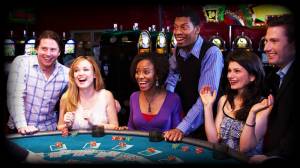 Some casinos offer a side bet in this game: “Match the Dealer”. Under these rules, players are paid when one of their cards matches the face card of the dealer. This pays at 4 to 1 when your card is the same rank as the dealer’s card on a six-deck game, while it pays 3 to 1 if your card is ranked the same and 9 to 1 if the rank and suit are the same (a “perfect match”). On an eight-deck game, the payout is 4 to 1 when the rank is the same and 12 to 1 when the rank and suit are perfectly matched.

Players should remember that side bets almost always have a house edge higher than the main bet. In casino gambling, bigger payouts tend to go hand-in-hand with a higher house edge, which isn’t good for you. The “Match the Dealer” side bet is the same, but the (roughly) 3% house edge is still one of the best blackjack side bets.

Readers might be thinking the rules of Spanish 21 heavily favor players and they would be right. The advantage is not as much as you would think, though, because of the removal of the 10’s from the deck. This tips the house edge in the favor of the casino by about 2%, because the player won’t hit the 21 nearly so often. Even with this disadvantage, Spanish 21 has a slightly better expected return than classic blackjack with the same rules.