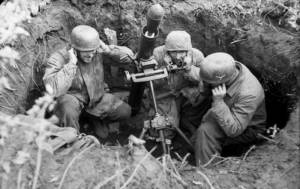 Casino War is a casino game based on the popular kids card game, “War”. The version players will find in casinos is modified than the one you played as a child, but you’ll recognize the format immediately. While casual players enjoy the nostalgia aspect of casino war, serious gamblers can appreciate that this game offers one of the best payout percentages among games that don’t require strategy. New casino visitors should know this means they’ll be as good as the 20-year veteran playing at the next table. Less experienced players might get the impression this game has no house edge, but it does exist, based on what happens when a tie occurs.

How to Play Casino War

The rules of Casino War are amazingly simple. Like blackjack, the game pits the player against the house (dealer). In most gambling establishments, the game is played with 6 decks. The hand ranks are the same as they would be in poker, though aces are always considered to be “11” and never “1”, though. Like in the original home-brew game, the suit of the card does not matter. 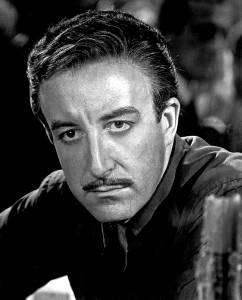 Ties are handled somewhat differently than they are in the classic game. You might remember in the classic game, the players “go to war”. The tied cards are a push and become the pot in an additional winner-take-all hand. For instance, if you and your opponent each draw a “10”, the two tens go in a pile together on the side. You each receive another card. If you received an “8” and your opponent received a “7”, then you would win both the 8, 7, and two 10’s. In the casino version, nobody wins cards, but the bet would be a push and an additional card would be dealt to the two opponents. The winning hand would win the original bet, but with one major stipulation.

How the House Gets Its Edge

When you choose to play out the hand, the dealer burns three cards and then deals one card to you and one card to their hand.

The option to going to war is to surrender after a tie. In this case, you only lose half your original wager. If you wagered $10, then you would lose $5 and surrender the hand immediately, with no chance of winning.

In a handful of Las Vegas casinos, you’ll find special rules in case a second tie happens in one hand. Going back to the original scenario, if you each received “10” and chose to go to war, you might once again tie. Let’s say you and the dealer each receive an “8”. In this case, casino rules might pay out a special bonus to the player. In most cases, the bonus would be the amount of your original wager.

Many gaming venues offer a side bet on the tie, too. In most cases, you would receive a 10:1 payout in the case of a tie. This sounds like a nice payout, but keep in mind there are 13 card ranks in a standard deck, so the odds are only 1 in 13 of being dealt a tie. As in most casino games, the side bet offers distinctly worse odds.

Odds, Probability, and the House Edge

The house edge on casino war sits between 2.28% and 2.33%, depending on the rules being used. You can expect to lose between $2.28 and $2.33 of every $100 you wager playing this game. While casino war has a lower expected return than blackjack or video poker, both of those games require strategy knowledge to optimize those low odds.

Casino War is more like roulette, craps, or slot machines, because the results are totally out of your hands. In comparison to those games, the odds of casino war are better than European roulette, much better than American roulette, and (typically) better than the slots. Only traditional baccarat, European roulette played with “la partage” rules, and the best craps bets have a better house edge among the games with no strategy component.

Most online casinos offer the game in their basic software package. Though casino war is considered a kid’s game, it’s enjoyable enough for adult gamblers that a significant number enjoy playing it on the Internet. The online version is played in much the same way as the live version. In most cases, the software variants have the same house edge. Be warned that the game is played quickly, so you face the house edge many times per hour, if you play at top speeds. Don’t use the auto-play feature, because this burns your money quicker.

For those interested in trying out an electronic version of the game, several prominent sites offer casino war simulations. Also, several of the Facebook casino programs offer their version of casino war, so plenty of opportunities exist online to learn the game being playing for real money. Of course, anyone visiting a real money online casino can register for an account, download the software, and play for entertainment before making a money deposit. If any part of the instructions above are confusing, I suggest you do that before gambling on casino war.